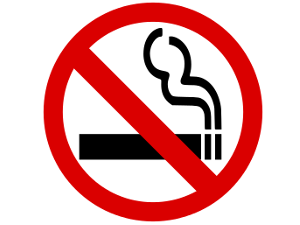 In 2004 Saving Faces carried out a survey to see just how effective the national curriculum for tobacco education is and how it might be improved on. Once teenagers begin to smoke, they can quickly become addicted to nicotine and this, together with the social and psychological factors associated with smoking, makes it difficult for them to stop.
This study showed that the ‘shock tactic’ approach to smoking prevention had a lot of student support and that mouth cancer could prove to be an excellent deterrent against smoking.

In 2007, Saving Faces conducted a study in secondary schools. Nearly 8000 Year 10 pupils completed a short questionnaire about smoking. Facial surgeons then visited 18 schools to give a visually shocking presentation about the link between smoking and mouth cancer. Eighteen months later, those pupils who recalled the talk were significantly less likely to smoke than students in schools that had received only standard anti-tobacco education. Surprisingly, the talk had more impact on boys.

The results of the oringal 2004 survey have been published by the highly rated journal Health Education Research. Read the full report here.

This website uses cookies to improve your experience while you navigate through the website. Out of these, the cookies that are categorized as necessary are stored on your browser as they are essential for the working of basic functionalities of the website. We also use third-party cookies that help us analyze and understand how you use this website. These cookies will be stored in your browser only with your consent. You also have the option to opt-out of these cookies. But opting out of some of these cookies may affect your browsing experience.
Necessary Always Enabled

Any cookies that may not be particularly necessary for the website to function and is used specifically to collect user personal data via analytics, ads, other embedded contents are termed as non-necessary cookies. It is mandatory to procure user consent prior to running these cookies on your website.