Tony Adams MBE joined Arsenal FC as a schoolboy in 1980 and he remained at the club for the full length of his playing career whilst emerging as their greatest ever captain. He became the cornerstone of Arsenal’s defence which was a role he undertook for England. After retiring as a player, Tony became the Manager of Wycombe Wanderers until 2004.

Sir Alex Ferguson CBE was born in Glasgow in 1941. He is married with three sons. His playing career began when he joined Queens Park in 1958. His managerial career began in 1974 when he joined East Stirling. In 1978, Sir Alex became manager of Aberdeen, and was Manager of Scotland from October 1985 until June 1986. He has been awarded the freedom of the cities of Manchester, Aberdeen and Glasgow. He was awarded on OBE and later a CBE, and was Knighted in 1999 for services to football.

Roger Graef OBE is a filmmaker, writer, and criminologist. He and his company Films of Record have made many award winning films on social issues, current affairs, science and arts that promoted change in such areas as youth justice, police handling of rape, urban redevelopment and family problems. He has been awarded an OBE for Services to Broadcasting, and is the only documentary maker to have been given a Bafta Fellowship for Lifetime Achievement. He is a Visiting Fellow at the Manheim Centre for Criminology at the LSE. 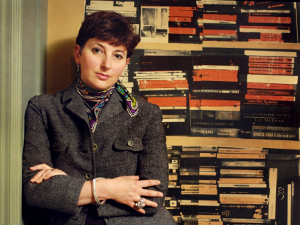 Julia Hobsbawm OBE is London’s first Professor of Public Relations, and a PR adviser to corporate and individual clients alike. She is the founder of Editorial Intelligence. She is a Founding Trustee of Saving Faces and says “I cannot think of a medical charity which is quite as innovative and broad-ranging as the Facial Surgery Research Foundation. I particularly support the way it combines pioneering medical research with cultural and educational projects.” Having spent some years as a trustee, she has now decided to step down from that position but is still very much involved with the charity as a patron.

Carole Stone CBE was for many years the producer of BBC Radio 4’s Any Questions? programme. Since leaving the BBC in 1990, Carole has worked as a broadcaster and media consultant, bringing together those from media, business and politics to discuss issues of mutual concern. She has published two books on Networking. Carole is on the Board of the London Press Club and a Patron of the mental health charities SANE and Triumph Over Phobia. She is also a Trustee of the Wallace Collection.

Lord Hollick is Chairman of the House of Lords Economic Affairs Committee and the Prime Minister’s trade and investment envoy to Kenya and Tanzania. He is a non-executive director of Honeywell International and a Partner of GP Bullhound, the technology investment bank and a member of the advisory boards of Jefferies Inc, Bertelsmann, Market Share, The Royal Society and The Ambassador Theatre Group. Lord Hollick began his career as a merchant banker with Hambros and from 1974 to 2005 as CEO built up an international publishing, information, broadcasting and market research group (United News and Media) and a global money and securities inter dealer broking business (ICAP). He was Chairman of the Southbank Centre leading the £120m transformation of the Royal Festival Hall and its surroundings. He founded the IPPR think-tank in 1986. He became a member of the House of Lords in 1991. He has advised several Labour Party leaders, including Prime Minister Tony Blair and acted as a Special Advisor at the DTI in 1997 and 1998.

Baroness Helena Kennedy QC is a renowned human rights lawyer. She is a former Chair of the British Council, the United Kingdom’s international organisation for educational and cultural relations. She is currently Chair of the Human Genetics Commission. Appointed Queen’s Counsel in 1991 and made a Labour Life Peer in 1997. A regular broadcaster and journalist, she presented Channel 4’s After Dark series. Her award-winning book on women in the criminal justice system, Eve was Framed, was published in 1992. Among numerous awards and honours she holds honorary doctorates from 20 universities including Aberdeen.

Kathy Lette is an Australian author, playwright and presenter, best known for her wit and satirical sense of humour. She is the Writer in Residence at the Savoy Hotel, London. Books include Puberty Blues, Mad Cow, Girls Night Out, Foetal Attraction, Nip and Tuck and Dead Sexy.

Nichola McAuliffe is an award-winning actress of stage and screen, as well as an author and playwright. She is best known for her role as Sheila Sabatini in the ITV comedy, Surgical Spirit.

Jonathan Pryce CBE studied at the Royal Academy of Dramatic Art and has since been a dominant player both on the stage and screen. He has played musical comedy as well as dramatic roles to considerable effect. He was The Engineer in Miss Saigon, and Professor Higgins in the Royal National Theatre production of My Fair Lady, directed by Trevor Nunn. His many film roles include, Terry Gilliam’s futuristic satire Brazil, a villainous turn in Bond movie; Tomorrow Never Dies, and the Pirates of the Caribbean franchise with Johnny Depp.

Jon Snow has been the presenter of Channel 4 News for over 20 years, and a reporter for ITN since 1976. “I work in a medium in which the face is a vital element. That’s why I feel an affinity with the work of Saving Faces.” Jon is also a Trustee of the National Gallery and The Tate and so is especially interested in the art that has accompanied the Saving Faces launch. In 2014, Jon Snow acted as compere for the launch of the National Facial, Oral and Oculoplastic Research Centre, NFORC.

Ruth Rogers CBE set up the River Café in the late 1980s along with Rose Gray in collaboration with Richard Rogers’ (Ruth’s husband) architecture firm. It soon became a big hit, attracting food lovers from across London. It has spawned books of the River Café recipes from the menu, plus a cookery school. Ruth and Rose have also brought their love of Italian cuisine to TV and it was during the making of one programme that Jamie Oliver was discovered working in the kitchen. Another famous ex-member of the River Café staff is Hugh Fearnley-Whittingstall.

I have watched my father, Elliot Bernerd, suffer enormously with mouth cancer. His dignity and strength have inspired me to want to get involved with this charity.

John Miskelly was born in County Down, Northern Ireland. He founded a company in 1981 JM Management Services Ltd which after many years is still delivering quality permanent and contract professionals to the IT departments of Blue Chip Financial Services organisations. John is involved in a number of charitable and public organisations. He has been involved with Stonewall, the gay and lesbian lobbying group, since the early 90’s, he was Deputy Chair of Co-operation Ireland, a non-political and non-sectarian charity formed in 1979. Together with Barry Douglas, John founded Camerata Ireland in 1999, the first all-Ireland chamber orchestra.

Nicholas Kalavrezos is a Head and Neck Reconstructive Surgeon at the University College London Hospital with a background in Oral and Maxillo-Facial surgery. Nicholas is also the Lead Head and Neck Sarcoma Surgeon for the London Sarcoma Service. He was born in Athens where he completed his undergraduate studies in medicine and dentistry before his formal training in Zurich Switzerland. He came to the UK in early 1998 with a sole interest of training in head and neck surgical oncology. He achieved this by working with the most eminent surgeons of that time including Iain Hutchison. Since 2002 is in the forefront of head and neck and sarcoma surgery as consultant at UCH. His role in the development of the specialty is recognized by his recent election as President of the European Association for Cranio-MaxilloFacial Surgery (EACMFS) for 2024-26.