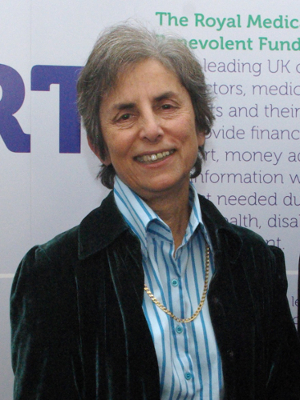 Since the sad passing of our patron, Alan Rickman, kind words and messages of condolence have been arriving from near and far. This is Professor Parveen Kumar’s tribute:

“I met Alan at the Saving Faces launch of the World’s 1st National Facial Oral and Oculoplastic Research Centre. Before it started I was asked to go and talk to ‘Alan’. I said ‘Alan who?’ and turning around found myself face to face with Alan Rickman! A totally unexpected encounter on the equally unlikely occasion of the launch of a ground-breaking Research Centre at London’s Queen Elizabeth Hall.

“As Alan and I were both giving talks at the conference, I had the immense fortune of sitting next to him. Having seen him in many films in numerous villainous roles, it was a surprise and delight to find him to be such a humble, kind and quiet spoken man.

“He talked with great enthusiasm about his new venture into directing and was on his way to the Far East to promote the film. We talked about the Saving Faces charity and his involvement, and also a charity that I was involved in which promoted medical research in Southern Africa.

“It was with great sadness that many of us heard the news of his death; an extremely talented and kind man who had achieved so much and given such pleasure and delight on the screen and stage, to millions of people worldwide.”

Professor Kumar is the author of the world’s most widely read medical textbook briefly known as “Kumar and Clark”. It is now entering its ninth edition.

Through her work Professor Kumar is one the most influential medical professors in the UK.