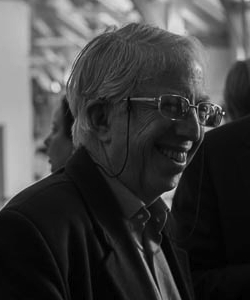 Our heart-felt congratulations to Saving Faces patron and documentary filmmaker Roger Graef, who was honoured with a special tribute by the British Academy of Film and Television Arts (BAFTA) last week.

His production company, Films of Record, is known for tackling difficult subjects. Feltham sings, which won a BAFTA in 2004, went behind the scenes at Feltham Young Offenders Institution. While Panorama specials, Kids in Care and The Truth About Adoption, were nominated in the Best Current Affairs category in 2011 and 2012, respectively. Graef himself was awarded a BAFTA fellowship in 2004.

Read his interview in the Guardian.