All of us at Saving Faces are devastated by the death of our wonderful patron Alan Rickman. As recently as November 2014 he launched Saving Faces National (soon to be European) Research Centre at a free public event at London’s SouthBank Arts Centre.

Over 1000 people listened as in his magnificent inimitable voice he spoke eloquently and humbly about how the research carried out through this centre, the world’s first and only Facial Surgery Research Centre, would improve the physical and emotional treatment for all people suffering facial disease or injury worldwide.

He stayed on to listen to all the presentations from world-leading surgeons, stem cell researchers, psychologists, geneticists, molecular biologists and tissue engineers as they explained how their research through this centre would transform lives.

But most of all he was clearly moved by all the patients who spoke about how the results of the centre’s research would have helped them and how it will help future patients.

Unbeknown to his adoring public, Alan has always supported many good causes, ranging from individual people in distress to organisations such as his “alma mater” – RADA. In the words of one of his fellow actors he was generous with his time and money for all those who needed help.

Alan has been with Saving Faces since it started in 2000. It’s not clear whether he supported us because of his close friendship with Helena Kennedy, one of our other patrons, or whether the tragic deaths of close friends from cancer affecting the face, such as the film director Anthony Minghella (throat cancer) and the actor Sheila Gish (melanoma of the eyelids), stimulated him to help us. But we have loved having his gentle supportive presence with us at all times and will miss him immensely.

For “Die-Hard” fans of Alan Rickman, if you want to see a more sensitive side to his life and good works please click below to see a short, previously unseen film of Alan from our launch event. 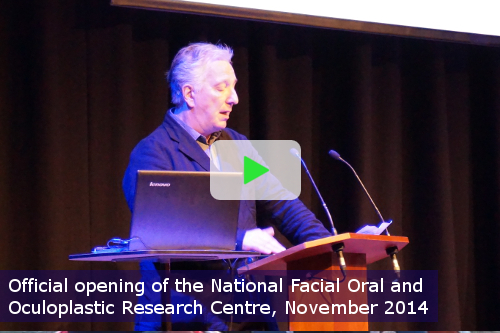